We were born between 1919 and 1925. We used to listen to our fathers who had fought in the 1914-1918 world war. I was 17 years old at the time.
The men used to meet in the farms, sit by the fire, drink some wine or sip a cup of coffee… They talked about work, but mainly about the war. I used to listen without uttering a word…

It was our hatred of the Germans that made us join the maquis.
I worked on our farm until I was 20 years old. In 1943, the Vichy government drafted my contingent into the paramilitary youth camps, and in January 1944, the Germans ordered the closing of the camps and all the young men were sent to Germany to work at industrial war production.

Some of them stayed there until the end of the war, while others like me, deserted.

Some of them stayed there until the end of the war, while others like me, deserted.
I knew that a maquis had been formed in winter of 1943-44 and a number of partisans were holding underground meetings.
There were about 30 members and the number grew as the time went by.
– the leader of the maquis was Pierre Cambours, “alias COULON”.
– the maquis was known Gaja La Selve.

In June 44, the militia attacked the maquis and the camp was almost completely surrounded but then the militia suddenly withdrew. Following this event, we left there to reinforce the maquis Faïta in the region of Chalabre-Courtauly, in July 1944.

The maquis Faïta was formed in the Chalabre area under the same conditions. It included about 40 partisans at the beginning and there number reached 80 by the end of the war.
The chief named “MARSOIN”, is real name de Monfort.

The Maquis Jean Robert began initially as the Maquis Gabriel Péri and then included only 5 or 6 men. It was based at Bousquet.
After being attacked, the partisans withdrew to Salvezines where their numbers increased the maquis changed its name to maquis Jean Robert.
– The leader was Adolphe Gomez, alias”MICHEL”.
– Jean Meyer, alias “JEAN-LOUIS” commanded the three companies.

The maquis were FTPF (Francs Tireurs Partisans Francais), a movement with a communist tendency. The leaders and the officers were communists. The young partisans joined the maquis for patriotic reasons. We never talked about politics.

The Maquis Faita, operated in a prosperous region, never encountered problems getting food supplies, which was not the case for the Maquis Jean Robert, which operated in the woods and mountains. They had to steal what they needed from different supply depots.

Besides everything else, after they ransacked a supplies depot in Estagel (66) they were left with tons of pasta they had to eat for months!!!

A radio was set up in a farm near Fanjeaux, which enabled us to have weapons dropped to us by parachute on several occasions, twice in March 1944 and once again in June 1944, in addition to those weapons recovered and seized here and there… Souvenirs of World War II.

Our mission was to watch the main roads and railway lines and of course to attack the Germans whenever possible, and also to track down the traitors and collaborators. 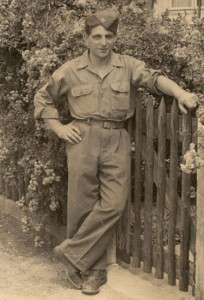