Emile Lavigne, called Chevallier (his wife maiden name) was born in Arzew (Algeria) on October 30th ,1911,
He volunteered for the armed forces on1929, and was sent to the 42th regiment of the Colonial Artiller, stationed on september 1939 in Alsace, He was taken prisoner on June 21st 1940, in Bruyeres (Vosges).
After escaping from the stalag 9A, kommando 997, on April 1st,1944, he joined the resistance on April 15th ,1944, in the region of Villebazy, and joined the FTPF of Jean Robert on August 2nd. 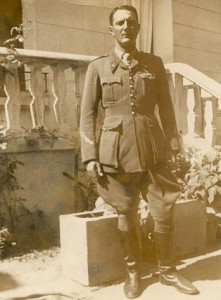 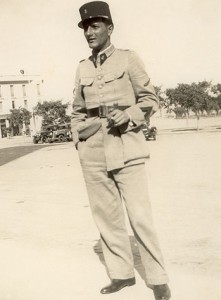 Second lieutenant in the Maquis, leading the 4309th company, under the command of Jean-Louis (Meyer).
At the maquis he was in charge of the recruitment and liaisons with the Maquis of Villebazy.
He also assisted the American parachutist after the fight in the Gorges of Alet.
On August 23rd ,1944, with his company, he participated in the battle of Aiguille’s crossroad at Limoux where 40 Germans were taken prisoner.
The liberation of the Valley of Aude was completed and they all went down to Carcassonne.
Enlisted in the 2nd battalion of Aude, he became the commandant of the 9th company with the rank of Lieutenant.
In the 81st regiment, he took part in the German campaign. 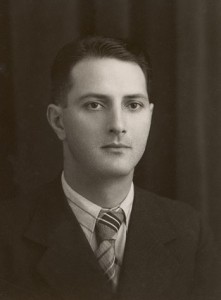