Born on August 7th, 1923 in Barcelona, he worked at the tile factory in Limoux before the war. He was a childhood friend of Paul Alcantara and they lived in the same house.
He joined the maquis in March 1944, at Courtauly.
Soon after the attack of the farm of Vinsous and with the Germans in pursuit, he withdrew to Salvezines [¤], led by Caplan and Marsoin along with a few other partisans.
At Salvezines, they merged with the Maquis Jean Robert that included about 50 men.
The Americans were also at the farm and Fernandez remembers them as a good contact. They also taught him how to take apart a Browning sub-machine gun with his eyes closed…
He paricipated in actions in Castelnaudary (make act of sabotage on an electric station), in the blast of the Saint Paul de Fenouillet bridge, in the attack on the soap factory where several German soldiers were taken prisoner.
In this occasion, Russian and Polish soldiers who had been forced by the germans to enlist, now joined the Maquis.
During the fight in Limoux, he participated in the attack at l’Aiguille crossroad, in position with a light machine gun, on the road of Pauligne.
He also participated in the attack on the offices of deputy head of the department of Limoux, where he used a pole to jump over the wall into the yard, and then found himself face to face with the gendarme who simple retreated and surrendered.
He went to Carcassonne. He joined some partisans in the Old Castle looking for germans who had already left the town by that time.
All the Maquis of the Haute Vallée of Aude regrouped in Carcassonne.
He caught impetigo and he was hospitalized in Castelnaudary for two months, (Nov 44-Dec44) while his friends met in the area of Doubs.
Finally he joined the 81st regiment in Altkirch (Haut Rhin). 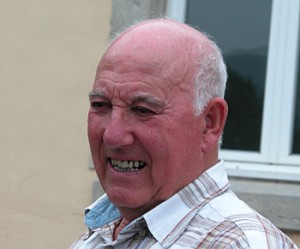