I was a shoemaker. One day, the leader asked for a volunteer to go and get leather supplies and as I knew some retailers, I offered to go and left.

After having obtained a mission order, some money and a pass, I left and deserted together with Samson (Jean Cosialès) because we were certain we would be sent soon to Germany. 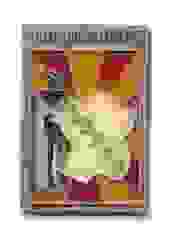 Once we arrived in Aude, with the help of Victor Cabrol we contacted the Maquis Jean Robert and joined it. Marti (Jean Daras), joined us as well so that the three Jean joined the maquis together.

I participated in the operation to recover clothing at the Compagnons de France in Quillan.
Most of the time I had to take care of the supplies Axat and Lapradelles.
The baker of Lapradelles, Louis Arcens helped the maquis a lot. He used to leave bread behind in the café and very often we went with Marta, to collect it. The way to the camp was long and difficult especially with a full rucksack.

Leaving Axat the road way even more difficult, we took the old funuculary way at
the end of Gorges de Saint-Georges’ strait and then the path to the camp.

I also participated in some actions: At the power station of Nantilla, and the destruction of some pylons at Camp Perrier.
I remember standing guard (watch) over the Aussières Pass on the road to Montfort sur Boulzane, for several days with only a very small amount of supplies, and that was very difficulty.

Life at the maquis was very hard because food supplies were very limited, and apart from noodles and some wine the rest was very scarce.

My nickname of Jonquille (daffodil) was given to me by my superiors.
Near the camp, there was a bed of jonquilles (daffodils), I picked some casually and chewed at them.
One of my superiors saw me, I believe it was Jean-Louis, and he told me:
“In the camp we have Pervenche and Tulipe, you will be Jonquille”
and that was how I got my name!

At the liberation I joined the 81st regiment.